Cvetkova Jekaterina, 6-year student of MWSMU named after I.I. Mechnikov, won the Contest for the best essay about IFMSA internship 2018

Cvetkova Jekaterina, 6-year student of MWSMU named after I.I. Mechnikov, won the Contest for the best essay about IFMSA internship 2018

My heart's in the Highlands, my heart is not here,

My heart's in the Highlands, a-chasing the deer;

Chasing the wild-deer, and following the roe,

My heart's in the Highlands, wherever I go.

- wrote Robert Burns about the Highlands of Scotland. So is my heart, still in Scotland... In august 2018, I was lucky to participate in an exchange program of IFMSA SCOPE and visit Aberdeen, United Kingdom.

I am so full of memories and feelings, that I can barely express it in a one sheet of paper.

Let's start with a main part of an exchange - hospital work. There were 5 of an exchange students in a hospital - Russia, Greece, Spain, Slovenia and Czech Republic. I would like to notice that everyone of us got the department we were writing first in our preference lists and that is was not without a reason! We all had kind of motivational conversation before going to the department. Moreover, during all the practice we discussed what we like, what we would love to change, we always felt guided and patronised, which was really great! I went to a cardiothoracic department of Aberdeen Royal Infirmary and that was the best choice! I was guided by Mr.Buchan - cardiothoracic surgeon, who was very nice to me and treated me as his resident Jennifer. I felt like I am a real part of the Team! My morning started with ward rounds, surgeries, work in an ICU or in an outpatient clinic. As I said, I was the real part of the team, so I examined the patients, participated in discussions concerning patient treatment and what is the most exciting part for students - I worked as a 1st and 2nd assistant in the operating room. I should say, that all the stuff in Aberdeen Royal Infirmary was well educated, adequately trained, polite and collaborative, willing to share their knowledge with others. Remarkable, that nurses in Britain have more rights and responsibilities than the average medical staff in Russia, but this also has its advantages and disadvantages. Except us (exchange students), at all departments there were groups of local students of 3 people, who changed every week, because of changing discipline of their practical training. Training here is completely different. First, they study not 6, but 5 years, second, they undergo training by organ systems, while if it is cardio, then it is anatomy, physiology and propaedeutics all together at one time. Although, the first 3 years of study seems to be the same as in Russia. But after 5 years, if you want to be a specialist, you need to join at least 4 years of practical training, but it is of course paid, so there is plenty of time to think about what kind of doctor you want to become. Well, after that you join the special training program or rather the long journey to the title of "consultant", in cardiothoracic surgery is takes 8 more years. In general, United Kingdom is a great country to learn from! We all read about beautiful medicine from textbooks, especially about beautiful "general patient care" and nursing, which does not exist in the real world, about all these rules and subtleties of manipulation, which "well, nobody follows," remember? So, all of this exists in the UK!

Well, now let's talk about english language.Yes, it's British English, babe! And to be more precise, the Scottish version of it and loooots of dialects. Sometimes it was easy tounderstand, sometimes it was hard. Have you read original Robert Burns poems? No? Then you should and you will understand what I mean!

Concerning the city - Aberdeen is a granite harbour city in the northeast of Scotland. Quite cold, although the weather is like the normal St. Petersburgs weather, but of course there was no such a hot summer (+20 is the top). The city is small, but very cozy, with its attractions, beautiful and long seafront, parks and many famous castles in its surroundings. We all lived in the apartments of local students, so with "all the conveniences." The only thing was, that the apartments were quite cold, while it was cold only for us, the locals are already used to it.

In my free from hospital time, I and other guys managed to visit almost all of Scotland, thanks a lot to local students - Michael and Rushi, who were open to all our offers and organized all these trips. Glasgow, St.Andrews, Dundee and other gorgeous places of Scotland - medieval architecture, famous castles, friendly and smiling people, and bagpipe sounds all around! The nature of Scotland is charming and unique. She pacifies and brings you to harmony. Breathtaking cliffs, the coast of seals, jumping salmon and dolphins swimming near the Harbour of Aberdeen. It is impossible to describe it in words, Scotland is a "must see''!

My acquaintance with Scotland began and ended with its capital - Edinburgh, where the family of local student Kirsten greeted me very warmly. The family is the benchmark of British culture, tradition and education, so I got to know Scotland life very closely. In addition to the city tours that they organized for me, I got acquainted with almost the whole national cuisine of both Scotland and Great Britain, a large part of which was cooked by Kirsten and her lovely Mom. Scottish scones - small quickbread made of wheat, barley or oatmeal, usually with baking powder as a leavening agent, which is traditionally served with clotted cream and jam for Devonshire tea. Traditional Scottish shortbread, crumble, traditional Sunday lunch (Sunday roast), famous Fish & Chips and of course Haggis with neeps & tatties, to which R. Burns has dedicated a whole ode! I was also lucky because every year, in the first 3 weeks of August, Edinburgh hosts a musical, dance and entertainment festival — the Royal Edinburgh Military Tattoo, which we of course visited! I can confidentely say, that IFMSA SCOPE gave me not only the opportunity to get acquainted with the health care and culture of the UK, but also to find Scottish friend and create a family! Therefore, flying back home I did not say goodbye, I said "Scotland, see you soon!" 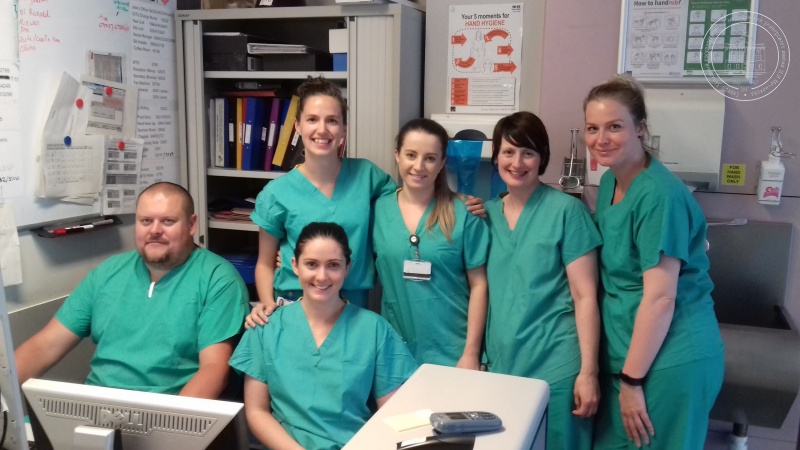